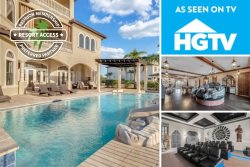 Despite the name being plural, Star Wars: Galactic Nights is a one-night-only family-friendly event filled with classic Star Wars fun and exclusive experiences. Held at Disney’s Hollywood Studios, this is a unique party where fans from all across the globe come together and celebrate a galaxy far, far away...

"What Jedi wear?" Comfortable clothes or your best Star Wars-themed costumes. Walk the red carpet toward an intergalactic introduction, followed by world-class entertainment and interactive adventures—from a park-wide scavenger hunt to Star Wars Character encounters. Plus, you can enjoy many of your favorite Disney’s Hollywood Studios attractions, often with little wait time.

Well, now I know why my cell phone is called an android. Galaxy’s Edge sounds more like a new model, but it’s not. Attend a panel discussion taking you behind the scenes at this all-new land, Star Wars: Galaxy’s Edge, that is set to debut in 2019. For more information on this fascinating geek-fest.

During this nighttime spectacular, you’ll see, hear and feel the music, magic and characters from the Saga as they light up the night with memorable Star Wars moments—complete with state-of-the-art projection effects, lasers, pyrotechnics and more. Don’t be late, there is an exclusive interactive pre-show as well that you won’t want to miss.

Watch as the Hollywood Tower Hotel is transformed with state-of-the-art projections, special effects and lighting to depict spectacular destinations from across the Star Wars galaxy with Star Wars: Galactic Destinations. The stellar Star Wars cinematic score adds to this awe-inspiring experience.

Jedi Training: Trials of the Temple

Watch your younglings transform into Padawan learners as they train with Star Wars heroes in the ways of the Force. Under the tutelage of the Jedi, the recruits learn how to use the Force—and their wit—to wield lightsabers. If you understand this paragraph, you’ll love this event.

Seize the Saga with a Star Wars Moment

Keep envious friends and family in the intergalactic loop as you step into some of the most iconic Star Wars scenes throughout Disney’s Hollywood Studios and discover 3-dimensional photo opportunities. Act out your very own mini-scene or capture a heartfelt message about your love for Star Wars—and post your moment on social media during the event.

This is a not-to-be-missed event for every Star Wars fan. This event is one night only—Sunday, May (the Force be with you) 27, 2018. So reserve your tickets and luxury vacation villa soon.