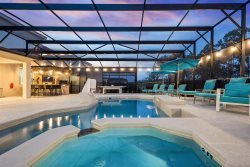 If you already love Universal Studios, you'll adore the holidays at Universal Studios! It's a special time of year to share with friends and family at one of the world's most fun and beloved theme parks. Great weather, amazing adventures and holiday cheer combine to make yuletide season 2018 one to remember forever.

Experience Christmas in The Wizarding World of Harry Potter as Hogsmeade and Diagon Alley are transformed for the holidays. Treat your little elves to Universal's Holiday Parade. Watch the live retelling of Dr. Seuss's classic holiday story starring The Grinch in the Grinchmas Who-liday Spectacular. These events run now through January 6, 2019. Check times and details.

Christmas in The Wizarding World of Harry Potter

Anyone who grew up in the Harry Potter Generation (yes, that's a thing) will absolutely love spending the holidays with Harry and his mates. Whether or not you could give a hoot (yep, a Hedwig reference), your kids will thank you for years.

Diagon Alley and Londontown are revamped with festive lighting and decorations. Enjoy special holiday treats and an atmosphere that's brimming with excitement. King's Cross Station features buskers playing holiday favorites while Celestina Warbeck and the Banshees have a special show prepared just for the occasion.

Hogsmeade embraces the joyous season as the shops are festively decorated with lights and garlands. Enjoy the Frog Choir singing seasonal tunes and, as the night draws near, the family will be dazzled by a mesmerizing projection of holiday spirit at The Magic of Christmas at Hogwarts Castle.

What are the holidays without the Grinch? Downright boring, if you ask me. During the holiday season, Seuss Landing is decorated with the holiday cheer and charm of Dr. Seuss's Who-ville. Delight in The Grinchmas Who-liday Spectacular, a hilarious live retelling of the classic tale starring the Green One himself and featuring music recorded by Christmas favorites, Mannheim Steamroller. You can even meet the old grump, get an autograph or purchase a photo of your family with him.

Keep your eyes peeled for resident Whos that stroll through Seuss Landing to spread Who-liday joy. Fun Fact: Did you know that The Grinch and his little dog, Max, live 3,000 feet above Who-ville on the isolated Mount Crumpit?

Breakfast with The Grinch

If hanging out with this grump in the afternoon isn't enough, how about starting your day with him? Straight from Mount Crumpit, Mr. Grinch brings his renowned mischief to the breakfast table. Enjoy a delicious buffet and keep your camera handy because The Grinch will make his rounds, stopping at every table to pose for pictures. Watch out, though—he's been known to steal a rasher of bacon or two! Separate admission and reservations are required.